What are the demographics of the prison population?

Prisoners are much more likely to be male, black or Hispanic than the average American. 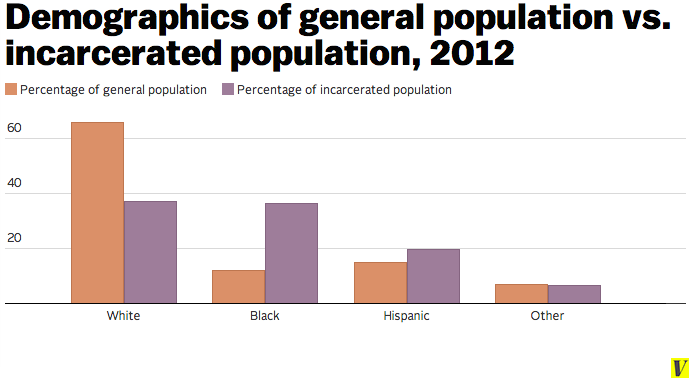 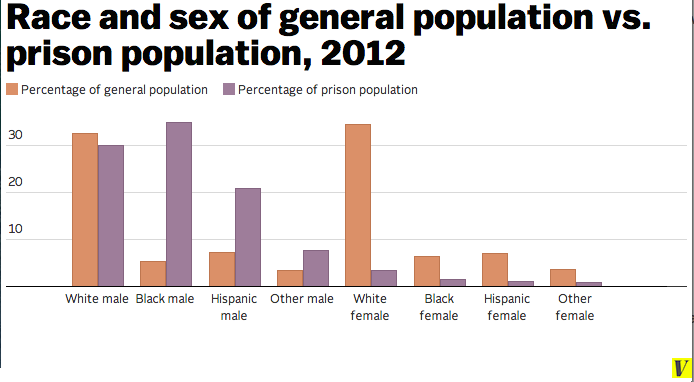 One theory for this: In many cases, police have used drug crime as a proxy for violent crime. It’s much easier for a prosecutor to guarantee a conviction on a drug charge — where there’s physical evidence that the defendant had drugs — than on a violent charge, where proving what happened is more complicated. And police target drug enforcement in high-violence neighborhoods, which are overwhelmingly black and Latino.